Halloween 2013 Thrills and Chills in the Finger Lakes

School has started, the weather has begun to cool down, and the first touch of color kisses the
leaves… at this point, those in Upstate New York (and anywhere else with four distinct seasons) are starting to look toward fall!  And what is every child’s favorite fall holiday?  Why Halloween of course!  But it isn’t just for the kids… adults also like to experience the thrill of a good scare…
If you are one of these people, why not consider a visit to one of the area’s haunted attraction, whether man-made or of another dimension? 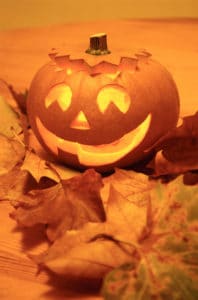 Here in Trumansburg, many of our area homes dating back to the 1800s have plenty of legend and lore surrounding them… including sightings that have been claimed over the years!  Sadly for the more sporting guests the Inn at Gothic Eves does not have such stories to boast.  Personally, I am rather happy about this, as I much prefer to take care of expected guests with reservations, and not surprise-appearance guests from the far, far past!  Having said that, I AM a fan of Halloween and highly recommend Americana Winery’s epic Halloween Party, located just 5 minutes from the Inn!

Americana Vineyards’ 11th Annual “Hallowine Spooktacular”: October 26, 2013 from 8:00 p.m. until midnight.  They do it right with one very large and outrageous party, complete with tents, an open (and decorated) barn, with the wine-tasting room and restaurant open for business.  Attendees are encouraged to dress to the nines in costumes to support each year’s theme!  This year’s theme is Gatsby (as in “The Great Gatsby”)… so you’ll probably see a lot of suits, tuxedos, and dresses in Roaring 20’s style!  Of course, you MAY also see zombie Myrtle, Gatsbys, and Nicks; yellow car costumes; and green lights…. or maybe not.  You never know WHAT guests will come up with for costumes!

The Hallowine Spooktacular is a highly-popular event, and attendance is limited to 400 people.  If you are interested in attending, call the winery at 1-888-600-8067 to RSVP!  Please note that there is a $15 cover charge to help allay the costs of the party itself.

Whether or not you are a believer in the things that go bump in the night, the many ghostly and unexplained sightings in the Finger Lakes happen to be in locations that are both interesting and/or historic locations, and are easy to visit during your bed and breakfast stay at the Inn at Gothic Eves.

Spooky Locations
If you are less of a ‘believer’ but enjoy the atmosphere of spooky surroundings, take a drive up to Willard and visit the old Willard Psychiatric Center.  With a history of questionable treatments and studies on their mentally ill patients, the entire location oozes creepiness!  While visitors are not allowed in the building itself for safety purposes, the site is creepy enough when you simply look from afar!

“Haunted” Attractions
Now then, if October simply brings the want for a thrilling tour, holiday gathering, or traditional haunted house attraction, check out these options!

Whether you want spooky occurrences, or blatant scares, thrills and chills await at any of these locations when you come to Upstate New York in October.  Reserve your room today and we guarantee an eerily-good time!